You are here: Home / Accessories / Are Vaporizers The Latest Fashion Accessory? 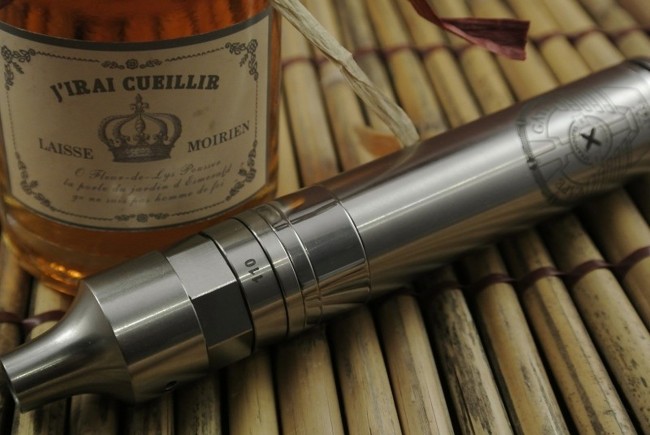 Vaporizers are nothing new. Vaporizers being cool? That’s a little new. E-cigs and vaporizers have spent a long time in the periphery of pop culture, often being seeing as more gag than fad. But vapes may be riding a wave of recent popularity right into trendiness.

More and more smokers have been making the switch to vaping, and some of them have been extremely high profile. The vaping industry has been quick to react, and more and more companies are pumping out products that are less punk, more diva. So it begs the question â€“ are vaporizers the fashion accessory of 2015?

One thing vaporizers definitely are not is ignored. Smokeless smoke has grabbed huge numbers of headlines of late. â€œVapeâ€ was Oxford Dictionary’s word of the year for 2014. American newspapers have hungrily covered the phenomenon’s growth over the past couple of years, and vapers are incredibly active over social media.

All that attention equate to one thing: vaporizers are hot right now. They’ve benefited hugely from the continued souring of public opinion on smoking. No-smoke laws are becoming more and more prevalent as the risks of second and third-hand smoke become more widely understood. Vaporizers are widely seen as a safer alternative, both for the smoker and for those around them.

That last point has allowed celebrity users to start enjoying e-cigs freely. While plenty of stars have never been shy about cigarette habits, others have been wary â€“ smoking can reflect poorly on a star’s image, but vaping? People are more forgiving.

Famous users come in all shapes and sizes. Popular musicians, such as Katy Perry, Lady Gaga, and Bruno Mars are all proud vapers, but so are established legends, like Willie Nelson and Eddie Van Halen. Actors have also enthusiastically joined the movement â€“ Leonardo DiCaprio, Catherine Zeta-Jones, and Kate Moss have all been photographed using vaporizers.

Vaping has also gained popularity thanks to name-checks by a few famous rap and hip-hop artists. A few of them have gone one step further and actually partnered up with brands to produce their own product lines. 2 Chainz, Snoop Dogg, and Juicy J are among those who have designed and promoted custom vaporizers.

Even outside that corner of the industry, luxury vapes are taking off. While earlier models were more practical than they were pretty, companies have been taking more care to design attractive e-cigs. Slim-lined and metallic, the Pax 2 vaporizer even broke into the big time when famous menswear store Odin began retailing them.

New looks range from the trashy to the chic. You’ll find plenty of vape pens and e-cigs kitted out in garish pink, or in American flags. More interesting: etched metal and wood. There are some pretty crazy materials being used out there, and we’re excited to see what’s coming next.

Should You Add a Vape to Your Fashion Lineup?

Yes, but only if you’re actually interested in smoking it. If you’re not, then you’ll have few chances to show it off, and nice vaporizers are little too expensive for that. If you do plan on taking some puffs, then start shopping.

If you’re planning to accessorize with a specific outfit, then matching color and style is just a matter of looking. Search around until you find just the right match. Otherwise, think about grabbing a metallic vaporizer. We actually like the older aesthetic of polished chrome and glass â€“ very chic, very authentic.

So, look for 2015 to be yet another year of the vaporizer. We’ll be a little shocked not to see them becoming even more popular, and if you need a quick addition to an outfit for a night on the town, you could do a lot worse than a well-chosen e-cig.

Previous Post: « How to Properly Launder Your Lingerie
Next Post: Beauty, History and More: Antique Jewellery Offers Heirlooms and Love »

Michelle Rountree is a fashionable housewife, mom to 1, midwife in training, and homeschool educator. She's obsessed with makeup, beauty products, and natural skin care. When she's not busy blogging, she's farming and homesteading with her 1 year old and making homecooked meals!