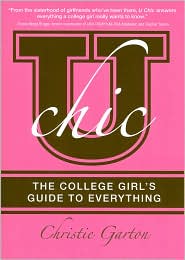 Whether you’re already in college, about to start, or have a loved one making the journey, this book is for you (or a great gift idea for them)! While it’s certainly been a few years since I graduated high school, I certainly remember the panicked rush of all the students around me to just GET IN! To some, it didn’t even matter where- nobody wanted to be the one who replied every day, when asked if they’d received an acceptance letter or not, “no.” Everyone was exhausted, complaints about SATS, college entrance essays, financial aid, and every other problem you can think of were abundant. To put it plainly- trying to get into college sucked. Even the “really smart kids” were stressed- not that anyone really knew why- because even if you were an obvious shoe-in, there was still so much work to do!

Then there was freshman year, when everyone basically showed up scared sh*tless. I was only about an hour from home, but everything was still totally foreign; I felt bad for the kids who actually WERE from another state- much less another country! The social dynamic was completely knew, nobody was following around telling us what was okay and what wasn’t, and opportunities to make poor decisions were abundant. In fact, HALF of my freshman dorm was gone before Christmas. If you’re reading this and haven’t started college yet, don’t worry; it wasn’t because everything was terribly hard, but rather, because a lot of us just weren’t prepared!

But hey, don’t worry… It’s becoming easier and easier to get the inside scoop on what college is really like. In fact, I’ve even got a recommendation! What am I talking about? The very newly published U Chic: The College Girl’s Guide to Everything

! The author, Christie Garton, runs a website called University Chic, which is a HUGE online networking community for college ladies! However, since it’s often more comforting to actually have something to hold on to, she’s compiled her wisdom into U-Chic, which can be carried around, marked up, and dog-eared at your leisure!

So anyway, why is U-Chic so great? Well for one thing, it starts at the beginning. It seems obvious to do so, but a lot of books on college life miss that period of limbo I spoke about above and jump right into the part where there are drunk frat guys everywhere! Garton starts out right where you need her- right when you do-or don’t- get into the schools you were hoping for. She tells you how to cope with rejection, and then how to move on a pick which school is the best option for you!

The rest of Chapter One is devoted to dealing with feeling like the odd-gal out, and getting over homesickness. My favorite line in the chapter: “And communal bathrooms? I was so over it the first time some random guy caught me shaving my legs in the sink.” I really don’t know who thought shoving students into the same tiny, cramped bathrooms as the guys/girls they were trying to impress, but I’m pretty sure it should be classified as torture and banned. Anyway…

Next up is how to share space with your roommate, which can be as awkward as sharing a bathroom with the cute guy down the hall if you don’t go about it the right way. Garton tells you what to bring and what to leave at home, how to fit all those must-have fashions, and even what to do if your roommate’s uh, not so tidy.

Every chapter is jam-packed with great advice on every topic you can think of: selecting a major, tips for socialization, updated rules for college dating (including a discussion of the ever-tricky “dormcest”), tech-etiquette, the scoop on sororities, sex, mental & physical health, parties, money, jobs- and beyond!

So seriously, enough of my rambling, right? You don’t want to read what I have to say- no, you want to know what Garton is saying! You’re in luck, because the super generous people at Sourcebooks have given me FIVE copies to give away! All you have to do is fill out the entry form below with your name, email, and one of these options:

~If you’ve finished college, share a *good* memory or a tip about something you learned.

~If you’re in college, share something you enjoy about it or a tip about something you’ve learned. Also, feel free to tell me what you’re majoring in!

~If you’re haven’t been, aren’t enrolled in, and aren’t planning on going to college, just let me know who you want to win this book for!

I’ll be sharing some of the entries with you guys, so be sure to make yours good! The contest will be open from today until 5/28 at midnight, and entries from US & Canadian residents will be accepted.

PS- If you’re too excited to wait and see if you’re a winner, or need more than one copy, you can pick up a copy of U Chic: The College Girl’s Guide to Everything