You are here: Home / Entertainment / We love to watch it free, what about HBO NOW? 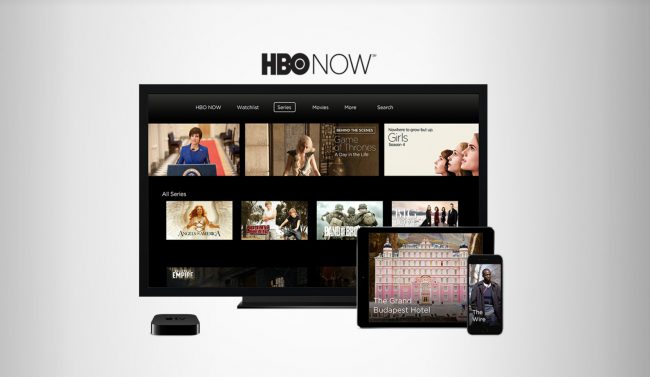 Streaming content is fast replacing traditional cable subscriptions and satellite television plans. There is simply nothing more convenient than being able to watch the shows youÂ love, when and where you want to watch them. No longer tethered to their televisions, consumers across the globe are currently taking in their favorite programs, mini-series, and movies on their laptops, tablets, and iPhones. This is known as cord-cutting given that it involves all-digital access to an affordable and often free range of viewing plans. For those who love the Home Box Office or HBO, however, it may take a bit of research to find the most cost-effective alternatives to premium, paid cable channels.

Welcome To The World Of HBO Now

Like many major networks and other premium, subscription channels, HBO has recognized the need to increase the accessibility of its content. This has given birth to the digital streaming platform known as HBO Now that allows viewers to stream all of the movies and shows that are currently being offered by the Home Box Office on traditional cable platforms. Â The release of this new streaming service is justÂ in timeÂ for Game of Thrones fans, who want guaranteed access to this incredibly popular content well ahead of the airdate for the new season.

How To Get HBO Now

HBO Now was formerly unavailable to viewers outside of the US. Now, however, UK consumers can use smartDNS and their Apple devices to access this content at a very reasonable cost. Moreover, they even have the option ofÂ tetheringÂ their AppleÂ devices to their televisions so that their programs can be viewed on large screens and with greater sound effects. As such, there is currently no limit to the ways in which people can take in their favorite, Home Box Office programming, even as the price of this content has declined dramatically. Best of all, the process of getting this cutting-edge service is surprisingly easy. Apple device users only need to download the HBO app from the US iTunes store. This will give them the chance to sign up for a free, 30-day trial of the product or anÂ HBO free stream that will last one full month before any charges are billed. We got the app on our Roku 4.

Why Get HBO Now?

The most ambitious web users will always find ways to stream some or all of their favorite shows. This free trial for new HBO Now subscribers makes the first 30 days of service absolutely risk-free. It also eliminates the need to use dubious platforms in search of top-rated HBO movies and shows.

We have had HBO Now for about 3 months and my husband and IÂ managed to watch all 6 seasons of Game of Thrones in less than 8 weeks. It was awesome! He had already seen all 6 seasons before and was amazed how watching it a second time made him realize how many little details he missed. It’s such a great series because it’s so complex and in-depth. I’m a huge fan of GoT now. I highly recommend getting HBO Now, if for no other reason, than to watch Game of Thrones!

Previous Post: « Buy Fun Christmas Sweaters from a Peppy Site
Next Post: Start A Routine: 6 Simple Exercises To Get Your Blood Flowing »