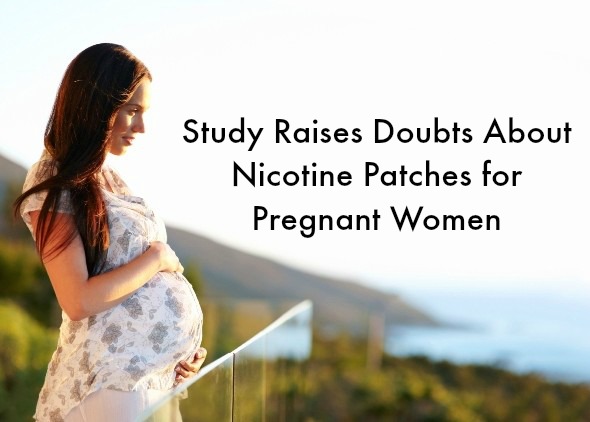 We have long known about the dangers of smoking while pregnant. In fact, the medical community has spent decades trying to convince expectant mothers to give up the habit for the sake of their children. As an alternative, doctors have been urging pregnant women to switch to the nicotine patch in hopes that they will quit smoking or, at least during pregnancy, refrain from it. Unfortunately, recent research shows that effort may all be in vain.

The French study, which was published in the British Medical Journal, shows two disturbing trends: the nicotine patch did not help expectant mothers quit and, more importantly, it led to increased risk of hypertension. That’s not good for either the mother or her unborn baby.

The study further showed that the nicotine patch did not reduce nicotine cravings, the number of tobacco cigarettes expectant mothers smoked, or the severity of withdrawal symptoms experienced by those women who made an honest attempt to quit. Most of the women who relapsed did so within two weeks of beginning nicotine patch therapy.

E-Cigarettes May Be Worth a Try

Pregnant women who truly want to stop smoking, either temporarily or permanently, might want to consider the electronic cigarette. Although the evidence is not yet conclusive, a very comprehensive study out of New Zealand shows the alternative tobacco products are helpful for some people who want to quit. The results of the study were published last autumn by the Addictive Behaviors journal.

Among the study’s many surprising results were the following two, deemed most important:

If you are not familiar with the term ‘vaping’, it is a word used to describe the process of using an electronic cigarette. The term was chosen because users are not inhaling smoke, they are inhaling vapour. When a person transitions completely from smoking to vaping, he or she is, in essence, no longer a smoker. They are now a vaper.

There is no telling for sure whether electronic cigarettes will work for the vast majority of pregnant women trying to quit. Nevertheless, the evidence suggests it is at least worth trying the products. Vaping certainly does not appear to be any worse than using the nicotine patch and common sense suggests it is probably much safer than smoking.

If you are unfamiliar with how the electronic cigarette works, it is actually rather simple. Instead of using fire and combustible tobacco to release nicotine by way of smoke, the e-cigarette uses heat and a nicotine liquid. The process of transforming the liquid into an inhalable mist is known as atomisation. It is very similar to creating water vapour from a kettle.

When the e-cigarette user draws on the device, the airflow activates a lithium-ion battery, which then sends electric current to the electronic atomiser. That atomiser heats the nicotine liquid to the point of vaporisation, creating the vapour cloud the user then inhales and exhales. Nicotine is absorbed through the gums, throat, and respiratory system just as it is with tobacco cigarettes.

What many current e-cigarette users find so fascinating about the devices is that these address the smoking issue from every angle. In other words, nicotine patches only address the nicotine delivery issue. The electronic cigarette also covers nicotine delivery, but also covers the hand-to-mouth experience as well as the social aspects of smoking. No approved nicotine replacement therapies do the same.

Pregnant women curious about the potential of using one of these devices instead of the patch can check out the VAPESTICK here. VAPESTICK is just one example of one of the many e-cigarette companies around the world selling these devices. Women should also take the time to read the clinical evidence gathered thus far in order to make an informed decision about their health.

You also might want to check out the 5 Pregnancy Essentials You Need RIGHT NOW if you are pregnant or thinking of becoming pregnant!

Previous Post: « How to Effectively Mix Strength and Endurance Training
Next Post: The tarte summer 2014 Collection is here!!!!! »