You are here: Home / All Natural / Eco-Friendly / Get A Better Body From A Bottle! 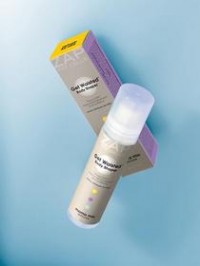 Did you know that only 30% of American woman feel happy in a bikini? And most of these woman feel the need to get a tummy tuck. So, itâ€™s no surprise that Mama Mio has seen a 55% rise in sales of its miracle ab-rehab cream Get Waisted. Celebrity fans, including super-diva Christina Aguilera, canâ€™t get enough of Get Waistedâ€™s waist-whittling powers â€“ and stomach-conscious women are seemingly seeing the same effects with one bottle selling every 45 seconds worldwide (and no personal trainer in sight!)

In a recent Daily Mail (a leading daily newspaper in the UK) feature, Mama Mio Get Waisted received a rave review for reducing the waist and hips by an inch.

Consumer tester Amy Finlayson, 32, can attest to the powers of this body shaper in a bottle. In just one week her stomach was noticeably flatter, smoother and more toned and after a full four week trial, a full inch had been taken off her waist AND hips. Fitness expert, Dani Mears, confirmed the results, saying â€œI used a caliper to see if Amy has lost weight on her stomach. Incredibly, after the four-week period she had lost an inch from her waist and an inch from her hips.â€

Check out the article here.

*Figures from Mama Mio Skincare â€œSummer Confidence Challenge,â€ an initiative from the company to help women feel better about their bodies this summer.