You are here: Home / Celebrities / Celebrity Fashion / 5 Brands You Need To Keep An Eye For In 2017 Â 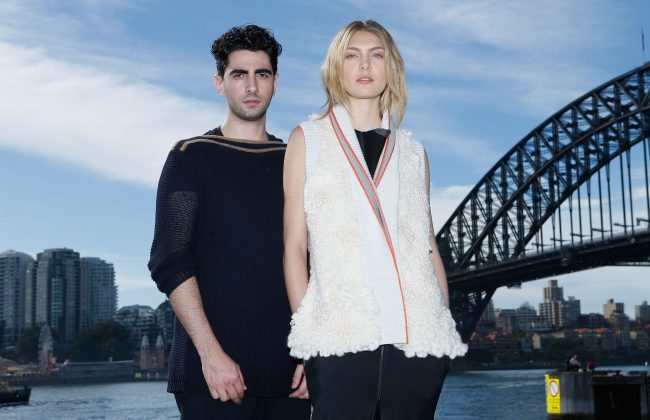 Every year more and more designer brands are being launched with an idea of personifying their unique ideas in clothing. There are the designer brands that are already established, however, there are brands that are quickly becoming recognized. With the increased use of mobiles, it is becoming increasingly difficult to keep up with a consistent flow of new brands that are popping up on your social media. Of course, there are people who stick to the brands, however, it is nice to look for something new and exciting. To help you through that process weâ€™ve listed new brands for you to keep an eye out for in 2017.

Australia is producing a variety of fashion brands and it has seen Christopher Esber appear. Many say that Esber embodies the feeling and the Australian way of life, which has seen the brand voted â€œMost Talented Designer of 2015â€ by Vogue Italia. This isnâ€™t their only award as they have been racking up the accolades since 2012. The idea behind the brand is to cater to women’s clothing, however, with a â€˜tomboyâ€™ approach. Each piece is carefully designed and it has seen Kylie Jenner and Nicole Warne seamlessly wear the styles.

Novis was developed by the â€˜brainchild designerâ€™ Jordana Warmflash. The ideology of the brand is to develop feminine, artful, timeless, relevant and elegant clothing. This may seem like a different concept, however, once you see how the items are designed you can see the well-tailored pieces have classic, contemporary and elegant designs them. Since showcasing in 2013, Novis has been spotted on Taraji P. Hensen, Gwen Stefani, and Kerry Washington, which indicated the meteoric rise in recent times.

Compared to the other brands on the list, The Couture Club are not known around the world. Initially the brand started off as a male orientated designer streetwear brand, however, they have now dipped their toes into the female market. Adapting their approach to now both male, female and unisex clothing, The Couture Clubâ€™s rise has been extraordinary. The approach has moved away from ordinary grey joggers and moved towards exclusive, designer wear that can be worn in any occasion at any time. Worn by celebrities all over the UK, the Manchester brand is making noises in the right places.

When the likes of Chrissy Teigen and Olivia Culpo wear your pieces, it is not long before they are showcased around the world. The designer Numan Ataker based his pieces off of the quality of fabric rather than just the individualistic designs. A sculptured look often reigns, however, he adds sophistication to each piece with subtle adjustments. The slight adjustments arrive in many forms, which can include embossed detailing or wide belts, which ultimately adjust the appearance ever so slightly.

Lee Savage has quickly become a red carpet favorite, which has seen the brand move from strength to strength. With the likes of Taylor Swift, Emma Roberts and Jenna Dewan-Tatum all embrace the brand, it is easy to see why it is a red carpet favorite. The idea behind the brand is for it to be individualistic and minimal with its designs. The brand does not over complicate any matters and based the designs off of the â€˜less is moreâ€™ concept.